Breathtaking views of uniquely beautiful mountain formations and an unforgettable experience await you. 150 km of signposted mountain biking tours will have the heart of every biker beating that little bit faster. Conquer passes and travel across gorges, strap on your boot spikes to discover the magnificent mountain landscape of Samnaun... is there anything better?

True fans of mountain biking should not miss out on the two mountain bike trails "Enduro-Trail Viderjoch - Alp Trida" and "Flow-Trail Alp Trida Saddle - Alp Trida". The Samnaun mountain railways will transport both bikers and their bikes to the starting point free of charge with the Samnaun Inclusive Card.

Route: The Enduro trail leads from the Viderjoch (2,732 m) to Alp Trida (2,261 m). The route was built by the former world-class downhill biker Claudio Caluori and is characterised by lots of curves and loads of flow.
Difficulty: Easy to moderate single trail

Route: The Flow trail leads from the Alp Trida saddle (2,488 m) to Alp Trida (2,261 m). The route was built by the former world-class downhill biker Claudio Caluori and is characterised by built-in jumps and technical challenges.
Difficulty: Demanding single trail

Find and plan your own mountain bike tour in the holiday region Engadin Scuol Samnaun Val Müstair with the interactive map and the Graubünden hiking App. 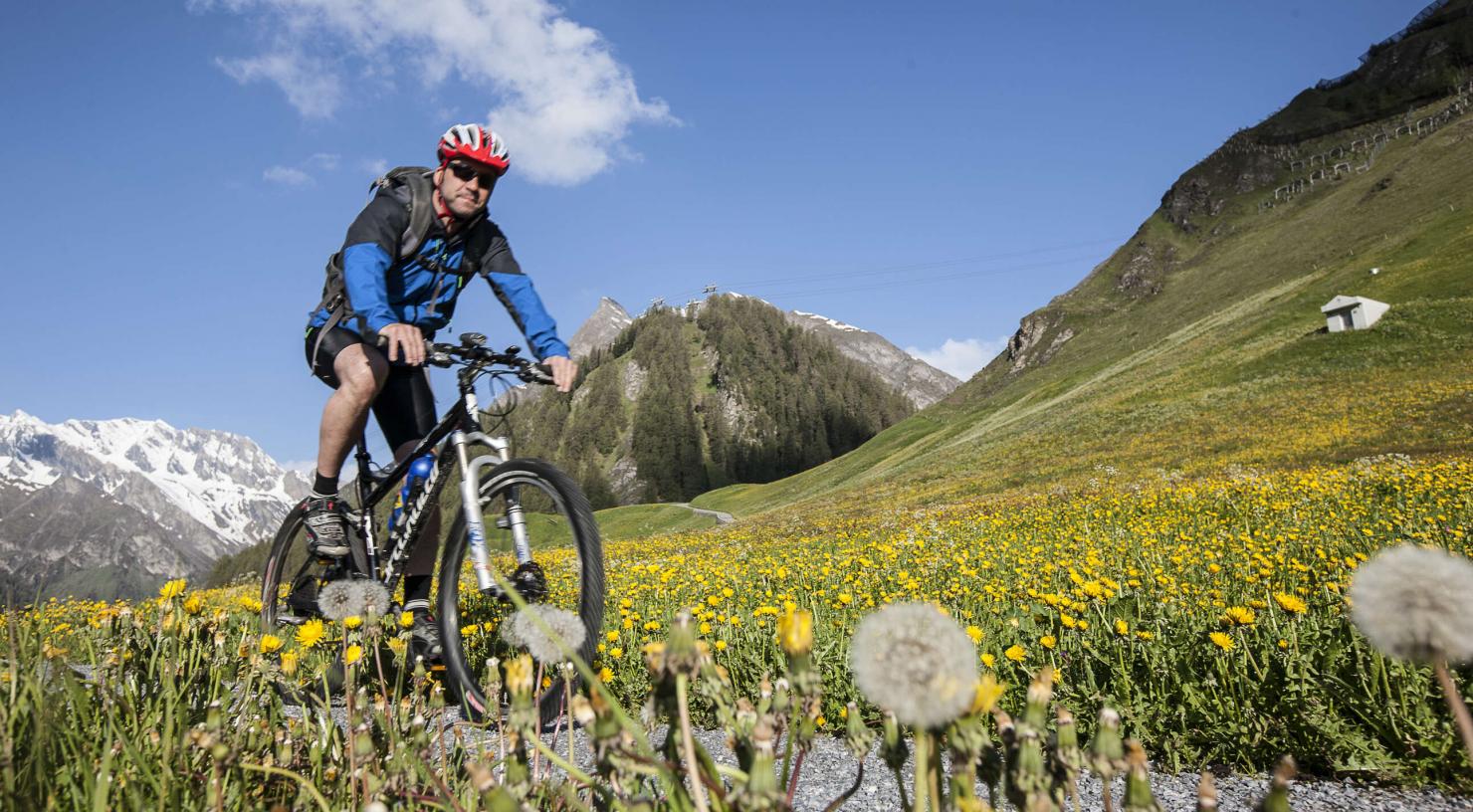